Remedy Entertainment had a lot to live up to when it came to following up on their cult hit Alan Wake. 2010’s psychological action thriller got into people’s heads and hearts and stayed there, and is still being talked about to this day. So when Remedy announced that they had a new game in the works, fans flipped out. Quantum Break was slotted for release in the spring of 2016, and was surrounded by a no small amount of anticipation.

Quantum Break – What Is It?

Quantum Break is a sci-fi action video game that was developed by Remedy Entertainment, published by Microsoft Studios, and released in April 2010 for Xbox One and Microsoft Windows.

You can pick up a copy of Quantum Break for around $15-$30 dollars (Amazon) depending on what platform you're playing on and what format you wish to own. The game has dropped in price considerably since its initial release, and it's not uncommon to find the game on sale or in the bargain bin. Shop around and you're sure to get it for next to nothing.

What Came Before – A Short History/Overview of Remedy Entertainment 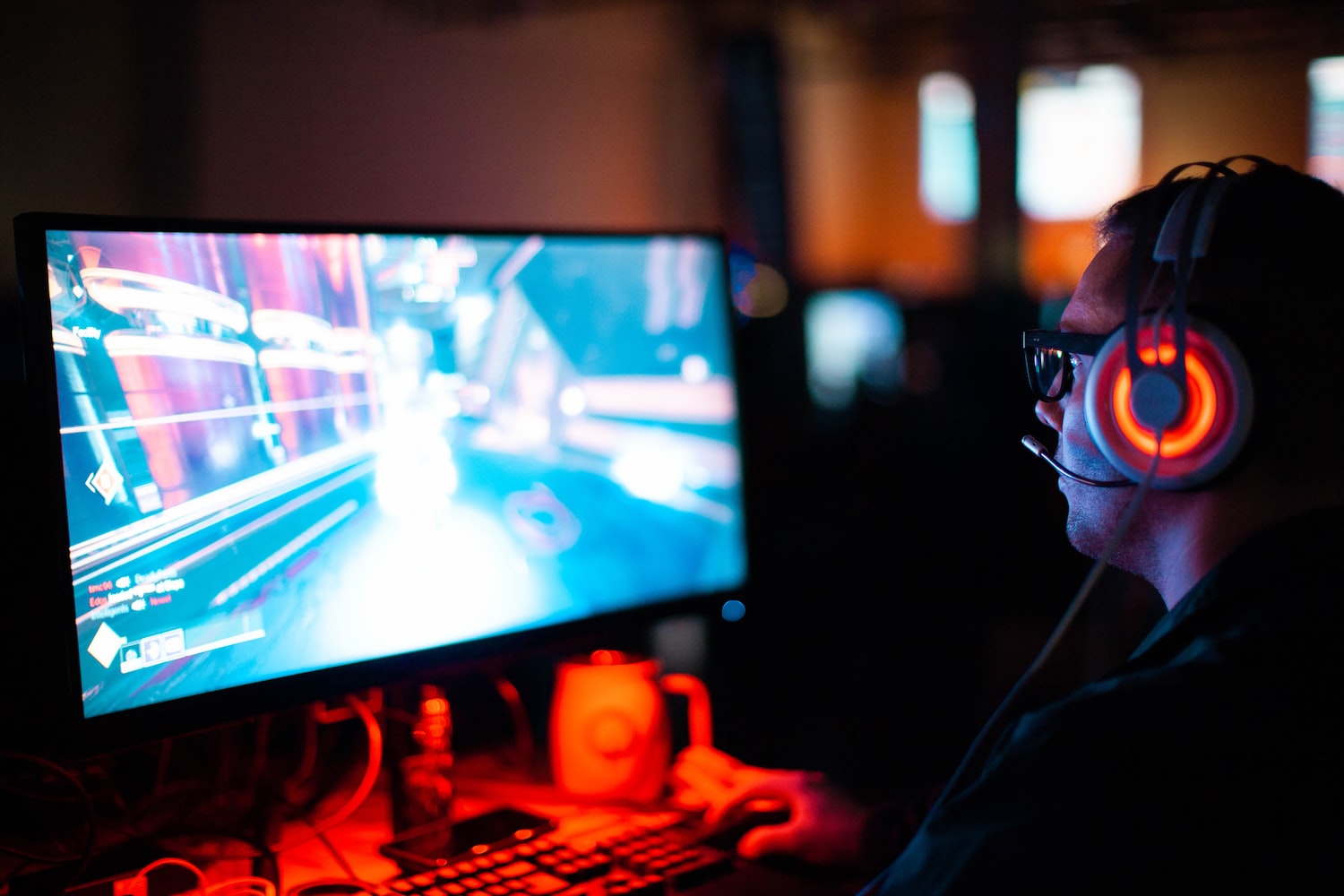 To accurately analyze the game which is Quantum Break, we first need to take a look at developer Remedy’s past titles. Quantum Break is the fourth game to be developed by the Finnish studio (not counting Max Payne 2), and what has come before is the reason why the company has been held in such esteem in the world of video games.

In 1996, the first Remedy game was released. Death Rally -  a racing game where you could even the odds by shooting the hell out of your adversaries. Death Rally is a game that was made by a company that was finding its feet, but it proved a popular success.

2001's Max Payne is where Remedy found their style. A grizzled noir story of loss, love, and revenge, set against the bleak backdrop of the New York City streets, Max Payne showed the video gaming world that a game could be both satisfyingly violent and intelligently scripted.

This focus on narrative—and just as importantly, the cinematic—became Remedy Entertainment’s trademark style. Max Payne was followed up by the highly-successful Max Payne 2: The Fall of Max Payne.

2010 saw Remedy’s magnum opus: Alan Wake. A psychological action thriller set in the Pacific Northwest that felt like a blend of a Stephen King novel and TV show Twin Peaks.

Alan Wake is the best-selling author of the Alex Casey crime novels. But he’s got writer’s block, and he's got it bad. He hasn’t written a word in years, aside from grocery lists and reminders to pick up his dry cleaning. His wife, photographer Alice Wake, plans a trip to Washington state for the two of them. She has a little cabin on a remote island all picked out. Maybe Alan could even write there.

Upon arriving in the quaint logging town of Bright Falls, the couple is awed at its natural beauty. Unfortunately, that’s shattered when Alan loses it after he realizing that wife might actually want him to try to write something. In a blackened rage, he storms out of the cabin. But he is drawn back by the pained and frantic cries of his wife. He blacks out and wakes to find she’s disappeared completely.

Alan Wake took the action and narrative of Max Payne and dove deeper than ever before. Everything about the game is completely and utterly captivating.

Remedy promised that Quantum Break would take the cinematic action of Max Payne and the literate narrative of Alan Wake to a whole new level.

We have selected several other similar titles to compare Quantum Break to, which are the following:

Fix Time Before It Destroys Everything

When time itself breaks from a failed time machine experiment and cataclysm becomes the every day, Jack Joyce fights his way through the stuttering world, doing all he can to survive. Armed with the newfound ability to manipulate time, Jack fights against those who are bent on killing him.

Quantum Break is a unique game that melds film footage with computer graphics. The choices you make during the game will influence and shape the events that unfold before you.

While certainly ambitious, Quantum Break falls seriously short of the mark. The writing is one of the main reasons for this. Sam Lake, up until now, has been on fire with his scriptwriting, showing a deftness with the written word, a talent for characterization, and an overall vision that is both compelling and real. This is more than apparent in Remedy’s previous titles, such as Max Payne and Alan Wake, where the games’ protagonists had wells of depth and secondary characters felt real and had a spark. Unfortunately, this is not the case with Quantum Break. Jack Joyce is dull, and the game only really manages to make you actually feel something a couple of times at most. And those parts are only minor and can be missed completely by the player.

The live action sequences are well-filmed and are interesting enough, but in an insipid, uninspired sci-fi action movie way. Quantum Break feels like the kind of movie you’d half-watch on a Tuesday evening because you have nothing better to do and it’s on TV.

Unlike the overall writing, Quantum Break’s graphics aren’t bad at all. Jack Joyce moves fluently through the stuttering world. And that visual depiction of fractured time is where the game really shines. The world stutters back and forth in front of you like a videotape that’s malfunctioning in the machine.

Quantum Break’s gameplay is certainly fluent enough and is definitely a lot of fun . . . at first. It soon gets pretty repetitive, with similar scenarios repeating themselves over and over. Also, the collectibles are possibly some of the most boring in video game history. If you want to find and experience them all, you’re going to find yourself checking nearby computers for emails. Not exactly stimulating, to say the very least.

There a couple of moments where Quantum Break’s atmosphere is visually stunning. The first being in the game’s opening sequence where you’re walking through Riverport University in the evening, the other being the old Bradbury Swimming Hall. For the rest of the game, the atmosphere is pretty lackluster. A lot of time is spent indoors, and when you are actually outdoors, it’s generally run-of-the-mill kind of scenery. Maybe the game’s lack of atmospherical impact stems from Remedy’s history of creating extremely rich worlds that are completely and utterly immersive. The grizzled snow-swept streets of Max Payne’s New York City, and the mist-ensconced forests of Alan Wake’s Pacific Northwest are a far cry from the sterile laboratories of Quantum Break.

While Quantum Break isn't the worst game ever made, it's definitely one of the most disappointing releases of 2016.

Play as a biologically-enhanced agent and take down organized crime syndicates in Microsoft Studios' Crackdown 3.

NOTE: Since this video game is yet to be released, this review is speculation at best and is intended to give you something to compare Quantum Break to.

Ten years after the events of Crackdown 2, a terrorist attack of unknown origin kills the power to the entire world. When the organization behind the attack is found out and traced back to the city of New Providence, the Agency is resurrected to put an end to it.

While the story sounds fun, it doesn't sound terribly intelligent. If you want something not-so-serious, it could be promising.

Judging by its trailers, the game's graphics appear cartoonish and unrealistic.

No doubt about it, the game play certainly looks fun and fluent.

The world of Crackdown 3 looks very appealing—if you're a ten-year-old boy.

While it seems like it could be a lot of fun, Crackdown 3 likely won't be worth the money you'll be forking out for it. If you don't want something as serious as Quantum Break, perhaps give it a try.

Brought to you from the Quantic Dream team (Fahrenheit, Heavy Rain, Beyond: Two Souls), Detroit: Beco​​me Human is a PlayStation exclusive sci-fi action game that centers around the themes of humanity and how the how choices we make impact and change what unfolds around us.

Detroit focuses around three main characters, all of whom are androids. Kara uses her newfound sentience to protect a young girl from harm; Conner's job is to hunt down rogue androids, and lives are at stake; and Markus is an android revolutionary leader, whose self-appointed mission is to free others from the bonds of their slavery.

Written by David Cage (who scripted Quantic Dream's previous titles), Detroit: Become Human lives up to what came before. Unlike Quantum Break, Cage worked on the script for over two years, even going as far as to consult artificial intelligence experts to make sure the work possessed a certain level of verisimilitude. The game's storyline is captivating, and the choices presented are rich and appealing.

The motion capture used in Detroit is stunning. The androids come across as lifelike while still robotic—that is to say that they are extremely believable. Detroit: Become Human's graphics are right up there.

Detroit: Become Human's game play is addicting and has great replay value. The possibilities are near-endless with this game, and just one playthrough will take around ten hours.

Detroit: Become Human is a game that gets its atmosphere right. It's futuristic, while still remaining gritty and real, which is something that doesn't happen very often, and something that Quantum Break overlooked completely.

Detroit: Become Human is an extremely solid game. It's a pleasure to play, and you feel for the characters—whether being major or minor. It's definitely worth picking up a copy when you can. You won't be disappointed.

Dead Effect 2 carries on from the events that transpired in Dead Effect. It's a sci-fi/horror first-person shooter. It's available for Xbox One, PlayStation 4, mobile, and PC.

The player is upon the ESS Meridian—a spaceship where all hell breaks loose. It's a pretty standard storyline here.

It has standard computer game graphics. Nothing special, but not terrible.

Dead Effect 2 is a first-person shooter, and it's fun.

If you dig horror/sci-fi like Alien or Mass Effect, then Dead Effect 2 is right up your alley. There's no shortage of killing.

Dead Effect 2 is a fun first-person shooter in a brain-dead sort of way. It's cheap, so if you feel like slaughtering zombies in outer space, fork over the ten bucks.

Quantum Break is a game that could have been a contender. Instead, it ended as bargain bin merchandise, a disappointing shell of a game that promised great things before serving up an unseasoned, insipid dish.