The Fire Emblem series is one of the best for strategy games, and Fire Emblem Fates is by far the best in the series. For a game that came out in 2016, it is a little pricey. Keep reading to find out if this game is worth your hard-earned money or if it should be spent elsewhere.

What Is Fire Emblem Fates?

Fire Emblem Fates is a tactical role-playing game released in Japan in June 2015 and around the world in 2016. It is designed for the Nintendo 3DS, developed by Intelligent Systems and Nintendo SPD and published by Nintendo. After Fire Emblem Awakening, this is the second Fire Emblem game to be developed for the Nintendo 3DS and the fourteenth in the Fire Emblem series. There are three versions of the Fates game which each offer a different storyline revolving around the same characters. There are physical releases of Conquest and Birthright and Revelation available as downloadable content.

This game features a nuanced story where you have to decide which family you wish to choose over the other—your adopted family (the Nohrs) or your birth family (the Hoshidos). However, it is not black and white with one family being good and the other family being bad. Each family is shaded with gray areas.    The gameplay centers on strategically moving units across a grid-based battlefield. You can choose from three different versions of the game with Birthright being the best place for novices to start. The leveling system is much more relaxed, and the objectives are simpler and easier, like in Fire Emblems: Awakening. Conquest allows you fewer opportunities to earn experience points and gold, making the game much more challenging. This is ideal for advanced Fire Emblem players.    The conditions of winning a battle are also much more strict. Like Awakening, you can choose from multiple difficulty levels. If you opt for the casual difficulty mode, wounded soldiers will heal over time, whereas the classic difficulty setting inflicts permadeath where fallen soldiers are gone for good.

Similar to the Barracks in Awakening, My Castle is your customizable operation hub. Use your characters to trigger certain world events and gather your army there. Toggle between a top-down view and a 3D third-person perspective. Visit other My Castles or take part in battles to get Dragon Vein Points and spend them on building and upgrading your facilities. You can visit other players’ My Castles by “StreetPassing” with another player with any version of Fire Emblem Fates and receiving a visitor avatar. Use their facilities including their Resources and Shops or battle these players, either on your home turf or theirs.

Prices are always fluctuating, but you can find used video games for the Nintendo 3DS on Since price is determined by supply and demand, the most expensive video games usually have better replay value, graphics, music, and storyline.

The storyline served its purpose but left a lot to be desired. We were disappointed by the missed opportunities for the story to reach its full potential. The villains were poorly written, and there were many leaps in logic. The storyline of Birthright was good, the storyline of Conquest was terrible, and the storyline of Revelations was poor.

The graphics of Fire Emblem Fates is decent. When in battle, the visuals change from a top-down view of the battlefield to a first-person view. The battlefield is grid-based rather than isometric, so it is easier to navigate than other similar strategy games.

We were very impressed by the replay value of Fire Emblem Fates. You can choose from two other difficulty levels and pick a different family to side with in the beginning. There are also lots of options for re-classing characters and different builds for Corrin you can change.

The Legend of Legacy

The Legend of Legacy is not an ideal game for novice gamers. It will not coddle you or hold your hand. The game forces you to remain engaged and strategize each move during battle to win, and the complex elements system can be tedious. To survive the dungeons, you must grind, and the objectives are often unclear. Unlike other games, your team’s health is restored completely after a battle, so you don’t have to waste time healing, but you need to be very aware of your SP levels. If you encounter a new enemy or a mob of enemies, stay on the safe side and flee so you can grind and prepare for them before they kill you.

Unlike Fire Emblem Fates, the storyline of The Legend of Legacy is terrible. If it exists, it is thin. The world lore is explained in vague poetry, but you learn nothing of interest. You only get to see the opening cutscene of the character you choose, so there is not much opportunity for emotional attachment; there is little to no character progression.

The Legend of Legacy is a pretty game. Objects such as trees, shrines and treasure chests spring up before your eyes as you explore uncharted territory. During combat, the camera focuses on the character taking or acting on orders, and the fast camera cuts and satisfying sound effects make battles dynamic and enjoyable.

The game controls are simple because it is a simple game, but they are less intuitive than other games.

The game is fun, but there is little replay value. It may be more fun to play the second time around once you get a better feel for strategy. However, there are much better role-playing games that require significant strategy and have a compelling story. The only redeeming thing about this game is when the monotony is broken by battles, which can be fun and engaging. 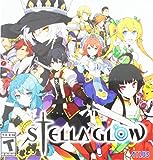 Like Fire Emblem Fates, Stella Glow is a strategy RPG. It is a very forgiving game. There is no permadeath, you can use Free Missions to grind experience if you need it, and characters regain full skill points and hit points in mid-battle if they level up. Move across an isometric grid as you decide how best to attack an enemy or group of enemies and use your characters’ unique skills, abilities, and weapons to your advantage in this brilliant strategy game.

Stella Glow allows you to split your gameplay time between completing missions and leisurely enjoying what the in-game world has to offer you. Hang out with your allies in the barracks and get to know them through cutscenes. The dialogue choices are limited, but it’s fun to decide who to spend your time with. As you level up your bonds, you will unlock new abilities and skills for your characters.

We were very impressed with the graphics of Stella Glow.

The conversation, world map, and battle controls are fairly intuitive. We had no trouble getting the hang of them and neither should you.

Like Fire Emblem Fates, there is a great deal of replay value associated with Stella Glow. Each battle has two optional “Special Conditions” you may choose from. This significantly increases the strategy skills you must have to succeed, but if you meet the special condition, it is very rewarding.

​Professor Layton and the Azran Legacy

Professor Layton and the Azran Legacy is the final game in the series featuring Professor Hershel Layton and chronologically is the third in the prequel trilogy explaining Layton’s origin story. As with the preceding games in the series, the game unfolds as you try to solve a mystery with secrets you need to discover around every corner. A major advantage this game has over its predecessors is it allows you to fly at will around the map. Most puzzles need to be completed before you can advance in the story, so it is nice to go back to places you may find the answers to puzzles or just give yourself a much-needed mental break.

The sixth and final game in the series, Professor Layton and the Azran Legacy does a brilliant job wrapping the story into a neat bow. Some puzzles can be tenuous at best and ridiculous at worst, especially the squirrels you meet which have puzzles for you. However, it is amazing to consider how the puzzle questions have remained varied throughout the six games in this series.

Not much has changed about the graphics since the release of the original Professor Layton game in 2007. There is wisdom in not fixing what is not broken, but we felt in seven years significant improvement to the graphics could have been made. A major difference between this game and previous games starring Professor Layton is you are allowed to visit many locations including a wind-battered rustic village, a walled city, and a tropical island. The grand scale of the map makes you feel like the game is well worth what you pay for it.

The controls for Professor Layton and the Azran Legacy are not as intuitive as they could be, especially for how simple the gameplay is.

Professor Layton and the Azran Legacy is a fantastic game, but unfortunately, there are no variables you can change to make the story or gameplay different. Some people might replay it for the sake of nostalgia, but once you have correctly answered the puzzles, you complete the game—and that is all it offers.

Overall, we have to give Fire Emblem Fates four out of five stars. The musical score was outstanding, replay value is high, controls are easy to use, and the theme of the game is outstanding. Whether you choose your birth family or your adopted family, an exciting adventure awaits you.

The game is much more challenging than its Nintendo 3DS predecessor, Awakening. No longer can your secondary characters aid your primary characters from the flanks or sidelines. They must stand next to the primary attacker which greatly increases the risk of danger and forces you to think strategically.

We loved that you could pick different stories and difficulty levels. However, we felt the story could have been much better. The bottom line is, we think this game is worth the money and is easy to play. So what are you waiting for? Download or pick up your copy today.